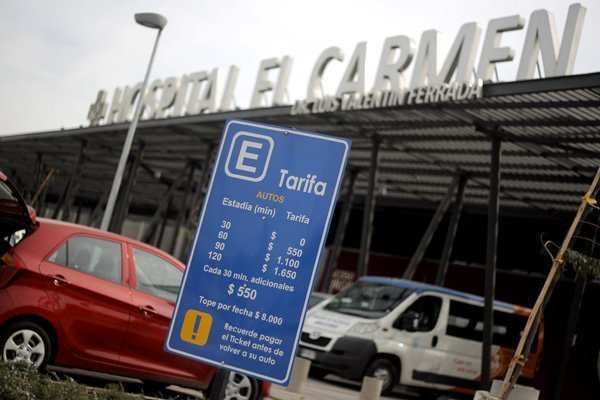 New legislation, “La Ley de Estacionamientos” (in English, “The Law of Parking Facilities”) went into effect in the South American nation of Chile in February 2017.

For the first time on a nationwide basis, the government is regulating certain aspects of how commercial parking operations charge their customers. In addition, the law more clearly fixes the extent of the parking operator’s responsibility for any loss, damage, or theft that occurs while the vehicle is in the care, custody and control of the operator.

Free Parking for All?

Chile has rapidly modernized over the past several decades. Its capital, Santiago de Chile, is home to over seven million people and is resplendent with high-rise office towers, opulent malls, state-of-the-art medical facilities and luxury condominiums.

Unsurprisingly, two unwelcome sojourners known throughout the developed world have accompanied these advances in Santiago: traffic congestion and commercial parking.

Lawmakers boldly reacted to growing congestion by planning and implementing Transantiago in the nation’s capital, generally regarded as one of the most ambitious public transit initiatives ever undertaken in the developing world. Transantiago consists of a modern heavy rail network, organized bus routes (privatized) and an integrated payment system. The Metro rail system component is Latin America’s second largest, after Mexico City and the seventh most-traveled in the world. Transantiago is now ten years old and widely regarded as a success, especially the rail system.

At the same time Transantiago was conceived, legislators expressed dismay at the rapid expansion of commercial parking and initially attempted to outlaw its use. When this first effort failed, proposals were made to allow free parking everywhere for the first two hours. This was later lowered to 30 minutes of complimentary parking after extensive lobbying by parking operators, mall owners and medical centers.

Yet as successful as the nation was in creating Transantiago, regulating parking proved more difficult than anyone expected.

Consumer advocates hoped the legislation would curb what they believed were free market excesses. These included the expansion of commercial parking to domains once considered the province of “free parking”, such as malls and hospitals. Critics also opposed what they viewed as exorbitant pricing schemes, in particular the common practice of “rounding up” parking fees.

In this example, customers who park 12 minutes pay for 30 minutes ($2.00); those that exit after 37 minutes pay for 60 minutes ($4.00). This mode of pricing effectively subsidizes long term parking, – which typically plateaus at a daily maximum price – at the expense of short term parking. It is designed to encourage space turnover and is often the most profitable niche in a parking operator’s yield management system.

Chilean parking regulatory advocates also decried the practice of charging for parking at hospital emergency rooms. This, they said, was taking advantage of defenseless persons, some of whom may not be able to move their vehicles out of the paid area due to their condition and its treatment.

Additionally, advocates complained about the lack of legal responsibility operators bore for damage to, or loss from, a patron’s vehicle while parked in a commercial facility. Courts in Chile, prior to this law, typically relieved parking facility owners and operators from legal liability for losses, provided they posted an advisory notice sign disclaiming responsiblity.

Another point of contention was the practice of charging a set fee in the event the customer lost his/her parking ticket. A parking ticket normally has the time of vehicle entry recorded on it. This was often the only way to link the vehicle to an entry time. Without the ticket, which is issued to the patron, operators are not able to calculate the appropriate time-based fee.

Many Chilean operators, as is common practice around the globe, often charged a default lost ticket fee in these circumstances. This set fee was usually equal to the daily maximum parking rate, except in the cases of long-term stay facilities, such as airports, which might charge the equivalent a multiple day stay.

Final Law is a Compromise Nobody Likes

The final law as conceived by a reconciliation committee of the upper and lower houses of the National Congress bore little relation to the original concept of 15 years prior. It also did not address many of the core concerns of the opponents of commercial parking, such as an initial period of “free” parking.

The new law mandates the following:

In future posts, we will examine the aftermath of the law’s passage, which has already had some predictable – and unexpected – consequences.

(Image courtesy of Hospital El Carmen. Want more information? Please check out our forums. If you have comments or suggestions, please share your experiences and ideas with us and other professionals visiting our site. Add your comments below – if Comments are “on” – or by contacting us directly here.)