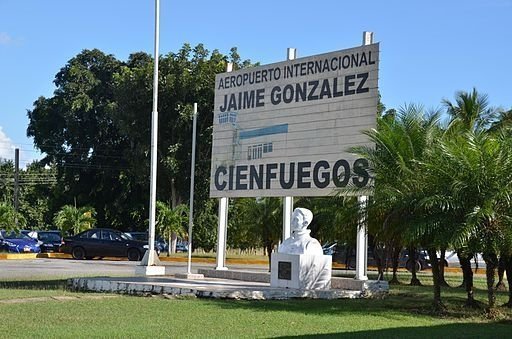 (Image courtesy of Wikimedia by Joe Ross of Lansing, Michigan.)

An airport in southern Cuba is vamping up its infrastructure in anticipation of increased tourism traffic from the U.S. following normalization of relations between the two nations.

This year, Jaime González de Cienfuegos airport (CFG) will implement improvements in the comfort and convenience of its facilities for tourists. Roberto Ramos Guerra, director of the local terminal area, specified CFG’s priorities will include, “. . . the repaving the runway and parking areas , as well as the repair of the lobbies and customs areas”.

The former military airbase has been ramping up civil operations for several years now. The upgrades to the infrastructure are the result of a significant upswing in passenger operations, particularly from the United States. CFG attributes much of this increase to the elimination of the travel ban between Cuba and the U.S.

“CFG has grown in the movement of passengers and aircraft with positive ratings in customer satisfaction, which has kept our airport among the most efficient in Cuba”, said Ramos Guerra, explaining the need for the improvements and the desire to remain competitive in Cuba’s blossoming tourism industry.

If you have comments or suggestions for improvements to our content, please share your experiences with us and other professionals visiting our site. Add your comments below – if Comments are “on” – or by contacting us directly here.)