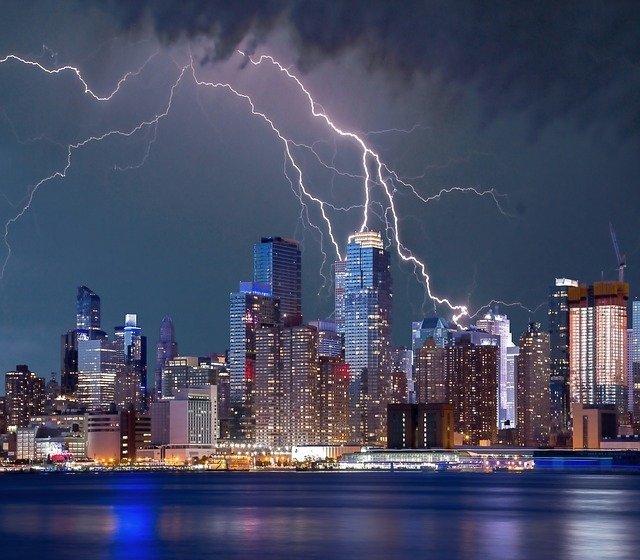 Jack was desperate. Behind in his payments to his bookie, he decided to steal from his employer, the ABC Car Ferry of Gotham City, where he was a manager.

Jack knew there was no on-site data backup performed. So, he began plundering payments from prepaid monthly patrons to pay off his gambling debts. Jack reasoned that if he “crashed” the revenue control system, reformatted the hard drive, thereby erasing all prepaid monthly patron records, and blamed it all on the equipment, he just might get away with stealing the money . . .

Surge suppression and UPS units (as discussed previously in this series) can held defend against data loss due to power failure and line voltage problems. However, neither is of any assistance in the event your operation suffers:

While “Jack” may be mythical, the danger of data loss is real.

Your Third Line of Defense Against Data Loss: Data Backup

IT professionals cite “logical corruption” as the most common source of data loss. However, to Mobility Management professionals, all the failure events noted above have the same result: your on site data is lost.

Fortunately, most modern database systems feature “continuous logging” that allows data to be immediately written to a hard drive, rather than stored in temporary memory where it can be lost during power outages or other catastrophic events. Even better, it can be stored to a “cloud” server, where redundant copies can reside.

In addition many databases also offer an open architecture that allows creation of an application programming interface (API). An API can tie the data to a backup process either on- or off-site. However, this doesn’t mean that it is automatically accomplished.

Most systems have data backup as a part of the installation; however, they do require some form of regular attention. As managers come and go after the installation, eventually no one knows what needs to be done and may not even know that attention is required. In these circumstances, it is not unusual to find that the data backup is no longer working and appears to have not been working for some time.

Dedicated transportation-oriented desktop computers and servers have different backup needs and capabilities; however, all such data-rich devices should be routinely backed up.

A typical approach used by many software systems in a transportation environment is to create a complete backup with subsequent “incremental” backups daily that compare the baseline file to the new one. Only the differences are overwritten, thus saving time in the backup process. For servers, the process can be “granular” which allows the data to bleed into the backup process on a more frequent basis.

When your transportation data is lost and must be restored, the tradeoff is between speed and security. Most IT professionals agree that data backups should never be stored on site where the data is generated. Data can be lost to the same event that destroys the source data or can be tampered with in some way by employees.

Moving the data is critical. Many older backup systems still utilize removable media, such as tapes, CD’s, DVD’s, etc. With the backup complete, the media is removed and stored securely. Such a process provides the ultimate in protection from tampering, but slows the restoration process.

Some operations accept the limitations in restoration speed for the security of knowing the data is safe off site. Bob Chambers, recently-retired Director of Parking & Transportation at Georgia Southern University, describes his organization’s approach, “…we do a regular daily back up of our in-house server to our Auxiliary Services Server in another building across campus over the web. These back up tapes are then rotated off campus to Atlanta.”

A data restoration opportunity in this case would require the time required in shipping the tapes; on the other hand, the data is safe from viruses and other logical contamination. Others suggest a totally on-line approach, leveraging the power of the Internet and cheap, universally available storage in the “cloud”.

Todd Fisher of iParq notes, “The ‘computer crash/data loss’ issues have been eliminated by many institutions through the use of an ‘Application Service Provider’ (ASP). In short, an ASP is an organization that houses and maintains the systems, data, and hardware. Good examples of this are Google, Yahoo, Salesforce, and, for the transportation industry, iParq and Parkeon’s Parkfolio ASP…the best part is it costs less and requires less effort to maintain than any of the alternatives. And with over ten years of published, audited and verified results, the proof is there.”

On-line storage systems are technically vulnerable to Internet outages, viruses and other logical corruption. However, companies that supply these services take great pains to isolate storage from intruders and retain multiple copies of all data stored. While on-line alternatives such as ASPs, are subject to bandwidth (the speed and volume of potential data transmission) limitations, on-line storage offers the potential for a quick restoration of lost data.

Mobility management professionals are well advised to defend their data through surge suppression, UPS, and data backups. Data backups of financial and transaction records seem to be something that is installed, but too often forgotten. In this information-dependent world we live in, a UPS that can’t keep us working beyond a few minutes is not enough and data backup should be treated like gold.

“Jack” in our story gets no gold. It turns out Jack was correct, his employer performed no data back-up on-site. It was performed off-site and on-line.

Jack now has the jail cell next door to his bookie.

(Want more information? Please check out our forums. If you have comments or suggestions for improvements to our content, please share your experiences with us and other professionals visiting our site. Add your comments below – if Comments are “on” – or by contacting us directly here. A version of this article was published previously in PARKING PROFESSIONAL magazine, publication of the International Parking Institute (learn more at www.parking.org). Some of the quotations in this article were obtained from the C-PARK list serve of Penn Sate University, which can be accessed at: http://lists.cac.psu.edu/cgi-bin/wa?SUBED1=CPARK-L&A=1. )