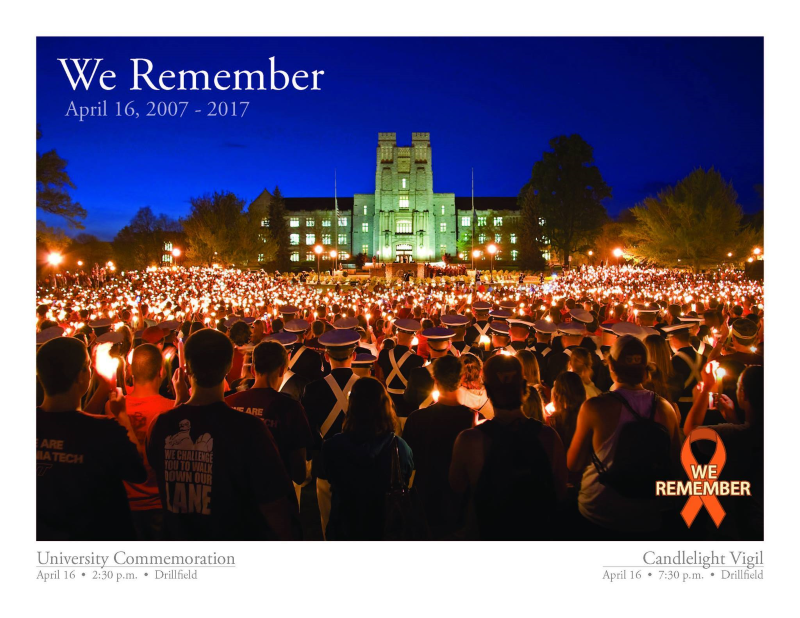 DATELINE: MAY 10, 2007, BLACKSBURG, VIRGINIA (US) – The tragic shootings at Virginia Tech on Monday, April 16 were over by noon; for Tech’s Office of Transportation and its subsidiary Parking Services group, the challenges were just beginning.

Even as the department reeled from the loss of one of its own, Tech senior Jarrett Lane, mourning took a back seat to dealing with an onrushing media horde.

Media: This is Bigger Than Columbine

“One of the media folks told us that, at the peak, this was bigger than Columbine [High School shooting], bigger than O.J. [the O.J. Simpson murder trial], bigger than anything else from the media’s perspective that had ever happened in America,” says Steve Mouras, director of Tech’s Office of Transportation & Records Management. “This was the largest media event of all time, they said.”

Mouras was in a Philadelphia [Pennsylvania, US] hotel room on the morning of April 16, preparing to attend a conference. His wife, who had joined him on the trip, summoned him to the television where they watched in horror as CNN reported the deaths. After conferring by phone with Virginia Tech’s Manager of Parking Services, Richard McCoy, Mouras decided to return immediately to Blacksburg, catching the first flight available.

The Media Swarms to the Story

Upon landing at the Roanoke Valley Airport later that afternoon, Mouras was shocked to see the normally placid facility bustling, noting “…three fourths of the people in the airport were media. At the rental car counter, there was a line of 30 people.” It should have been a tip-off to what was coming.

Most emergency plans anticipate the exodus of people from a calamity; few anticipate a flood into its epicenter.

Yet this would be exactly the challenge the parking and transportation (P&T) professionals at Tech would face for the next two weeks. “Our disaster plan centered around that which could normally be conceived,” Mouras laments. “What happened here was inconceivable.”

Indeed, according to Mouras, Tech’s University Relations (UR) department, whose job it is to interact with the press, wasn’t closely integrated with other university functions and departments.

Mouras observed, “We [Office of Transportation] didn’t know where the joint information center was going to be located and we didn’t put anyone out there. We lost them [control over the press] on day one. And it took until day three to put it back in order.”

Feeding the news frenzy was the unanticipated arrival of worried family members who also inundated the joint information center, overwhelming the staff there. Anxious friends and relatives had cameras and microphones thrust into their faces even as they sought scraps of news about their loved ones.

Meanwhile, no clear, centralized media gathering point was being communicated with one voice by all university departments. As a result, dozens of satellite trucks and news vehicles dispersed throughout campus, clogging the roads in search of a story angle.

Due to their antenna arrays and stabilizer arms, satellite trucks can easily occupy the same space as a large RV. Many simply stopped in the roadways and set up shop. At the peak of the event, there were approximately 350 news outlets and 100 satellite trucks.

“We needed to have told the media from day one, hour one, these are the ground rules,” Mouras says. “Satellite trucks go to this location, when it fills up they go to that location, period. No discussion. When media trucks are on campus, they are allowed to do this, not allowed to do that. I talked to a great guy from CBS who told us that in other things they cover, the media is put in a compound where they are told to be and that’s where they stay.”

News teams began arriving around the clock and, in the absence of security, most gravitated first to the drill field in front of Norris Hall where most of the murders occurred. The roadway surrounding the drill field is narrow and features a one-way traffic flow.

Parking Services Manager McCoy [McCoy retired in 2016] advises other P&T professionals to consider staffing media-driven events to protect critical areas from encroachment and to keep traffic moving. Even after areas were designated for satellite trucks, McCoy says, “When we finally got the satellite trucks where we wanted them, we posted a guard 24/7 on them to make sure they stayed where we wanted them.”

Not everyone plays by the rules, Tech discovered.

Winning the Hearts and Minds of the Media

There’s a fine line between winning the battle to manage the logistics of the media’s coverage and losing the larger war to facilitate a favorable message. “Early on, a group of them [the media] had their knives sharpened,” Mouras says. They were looking for someone to blame. We had all the big network names and all the big network egos too.”

The challenge was to balance the media’s desire to cover the story with legitimate public safety and traffic concerns. A draconian crackdown would likely create a negative image for Tech, yet there was no guarantee that allowing the media to range free on campus would produce a positive one, either. Tech decided on a course that would neither attempt to intimidate, nor surrender to intimidation by, the press.

A second key was letting the media do their jobs, enforcing the rules but retaining some flexibility. An example provided by Mouras and McCoy was when a satellite truck was asked to vacate an area, they might allow them a little extra time to file the story they had just set up for. While some members of the media have a well-deserved, unsavory reputation, the Tech staff observed that most were just trying to do their jobs and do them well.

Next, with the joint information center up and running and a location for satellite trucks identified, the Tech Transportation staff began calling on the scattered media units on Monday evening. The message: please relocate to the designated areas.

“Tell them what you’re going to do, tell them why you’re going to do it, and then start doing it,” Mouras says. In most cases the media cooperated, perceiving they were being treated equally with other outlets. In some cases, it was necessary to call upon law enforcement to provide some additional, gentle persuasion for those who believed they were an exception to the new rules.

Tuesday was a setback to restoring order with the arrival of President George Bush and the memorial convocation. After that emotional event and its accompanying parking and traffic nightmare, the focus returned to regaining control over P&T resources. “Wednesday we made the rules,” Mouras observed. “Thursday we began to enforce them. By Friday, we had the press totally under control.”

Knowing that such an event could happen can inform future emergency planning, Tech believes. It will take months, perhaps even years, for all the lessons learned to be placed in the context of an improved action plan.

Mouras already knows one for sure. “In the future,” he says, “when we look at this, one of the key parts will be something that ties University Relations tighter to parking and transportation”.

While the murders themselves and the after-crush of media and visitors were impossible to foresee, Tech’s management urges fellow parking and transportation professionals to be ready. “For all the readers out there,” says Steve Mouras, “I hope they never have to go through it, but somebody will, unfortunately.”