How NOT to Ask for a Fare Increase 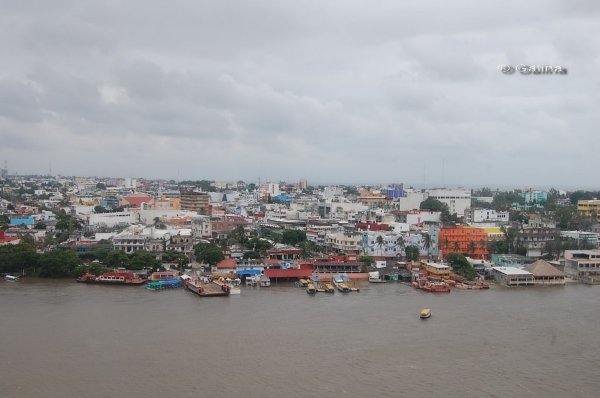 There was applause from the audience of more than 70 inhabitants of Villa Allende in Veracruz state, Mexico, after a planned fare increase for the Coatzacoalcos River ferry system was shelved.

This process is instructive for Mobility Managers who must interact with public boards in making schedule, quality and cost adjustments to transportation services.

The president of the Cooperative Ferry Society, Eduardo Escudero Villanueva, representing several ferry owners, had come to the open meeting hoping to enact an MP$5.50 (about USD$.27) increase in the fare to cross the river. The ferry system connects Allende with the town of Coatzacoalcos on the opposite bank.

Chairing the meeting was municipal agent, Keren Prot Vásquez. Vásquez is responsible for oversight of the ferry cooperative on behalf of the local government.

Villanueva began by announcing the fare increase to the assembled stakeholders. He justified the change on the basis of increasing fuel costs. However, it quickly became apparent that the president of the Cooperative was not fully informed on some service problems routinely encountered by local residents.

Points raised by the attendees and Vásquez included:

At this point, Villanueva attempted to restate the case. This too was unsuccessful. He then negotiated with the group, suggesting a smaller fare increase of MP$5. This also was rejected by the crowd.

Municipal agent Vásquez then said it had been reported to him that a few of the ferries had problems with rats that were not being addressed, raising health concerns.

At this, Villanueva withdrew his fare increase proposal and said it would be postponed until some of these service issues could be addressed.

A few lessons Mobility Managers can learn from this embarrassing encounter before requesting a fare or rate increase:

The ferries have another major concern: a new tunnel under the river connecting the two towns is under construction and will be completed in 2017.

The days of dictating fare increases may be over for the Coatzacoalcos River ferries.

(Want more information? See here for more (in Spanish). Please check out our forums. If you have comments or suggestions for improvements to our content, please share your experiences with us and other professionals visiting our site. Add your comments below – if Comments are “on” – or by contacting us directly here.) la mia risposta