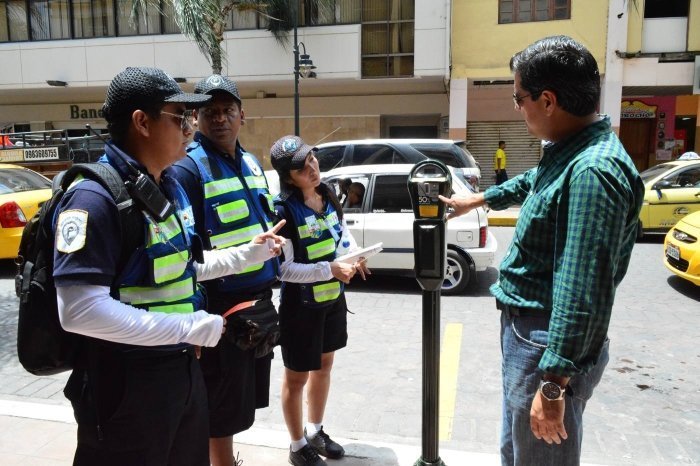 A total of 167 parking meters began operating recently in parts of the city of Machala Ecuador, according to a report in the Guayaquil, Ecuador daily newspaper, El Universo. This first installation is part of the proposed staged plan to fully implementing parking requirements mandated by the Municipal Public Enterprise Mobility and the Municipality of Machala via a municipal ordinance.

Parque Positivo is the concessionaire of the service in Machala and installed the equipment in the Ayacucho, Pichincha, Junin, Sucre streets and Avenue Edgar Cordova Polo, facing the Unioro urbanization. The firm had previously installed parking meters in Guayaquil and Samborondón as evidence of the growing openness of Latin American governments to privatization.

“They are single (one space) and double (two spaces) parking meters. The patron chooses the service in coins or cards and has the option of a selecting the fee, with a minimum fee of $ 0.25,” said Francisco Gallo, managing director of Parque Positivo.

José Astudillo Gomez, manager of the Municipal Public Enterprise Mobility of Machala, said a person who exceeds the parking time paid for or exceeds the maximum time of three hours of parking, as well as those who occupy the parking space without paying the fee, will be cited and must pay a fine equivalent to ten percent (10%) of unified basic worker wage in Ecuador (approximately $366, yielding a fine of about $37).

Failure to comply with the standard could also be punished with immobilization of the vehicle or its removal by towing. Machala’s Gallo said the city is getting the word out about the new regulations and that after about sixty days the corresponding sanctions will apply.