What is Automated Traffic Management (ATM)?

Violations of local traffic law by a motorist running a red light, failing to pay a road toll or exceeding the speed limit went unenforced unless a police officer was on site to witness the infraction and apprehend the violator.

From an enforcement standpoint, some violations were caught; many were not.

ATM seeks to make traffic management and enforcement presence both ubiquitous and impartial by providing continuous monitoring of high-incident traffic and violation locations.

An ATM program can be composed of an Intelligent Transportation System (ITS) and an Automated Traffic Enforcement System (ATES).

An ITS eases congestion and prevents accidents throughout the entire transportation grid by changing driver behavior.

According to the U.S. Department of Transportation, “ITS improves transportation safety and mobility and enhances . . . productivity through the integration of advanced communications technologies into the transportation infrastructure and in vehicles.” (See more here.) Informed travelers can alter their route or the timing of their trip to avoid traffic delays.

An ATES electronically monitors compliance with traffic laws in specific locations generally determined in advance to be prone to accidents and violations. ATES advocates claim that by providing indisputable evidence of traffic violations in the monitored areas, the certainty of punishment deters unsafe driving.

Overall, by creating awareness of traffic conditions and enforcement, there will be less congestion and fewer violations. This will reduce travel times and improve safety, ATM supporters argue.

ATM generally occurs without the physical presence of law enforcement personnel. In some locales, ATM is handled by a combination of police and other government agencies, such as transportation departments. In other locales, the entire ATM process is delegated to an outside, private management firm and no officers are involved in any step of the process from violation to judgment.

Technology is the enabler for ATM. Pavement-mounted sensors and closed circuit television (CCTV) cameras monitor traffic flow. An ITS evaluates these inputs and pushes data and workarounds to Variable Messaging Systems (VMS), websites and mobile apps so that travelers can react accordingly.

Meanwhile, CCTV, License Plate Recognition (LPR) software and advanced data analytics has enabled remote enforcement of traffic violations via an ATES. But, these advances in technology, as applied to ATES, have made civil libertarians and the public-at-large suspicious of the motives of the governments and private entities involved.

Why is ATM Important?

The need for ATM generally reflects the past over-reliance of planners and politicians on roads and cars. We believe we can outbuild or outengineer any problem; however, most urban highway infrastructure is overburdened and inefficient. The ITS component of an ATM allows traffic managers to better react to conditions and gather data to justify future solutions to problems.

It is human nature to defy limits; it is one of the defining marks of our species. We soar with the birds and swim with the fishes because we dared to try. Defying traffic limits is easier than building planes or submarines; it’s not too difficult to speed or skip a toll. Traffic fines and penalties exist because lawmakers recognized that without enforcement, limitations would be ignored.

A number of studies have shown constant, high-surveillance police activities apparently yield the largest changes in driver behavior. With all those cameras and sensors, ATM is about as “high-surveillance” as is possible at present. 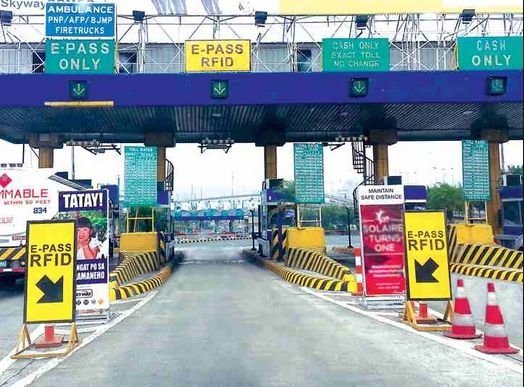 ATM serves as an extension of government planning and law enforcement powers. However, monitoring speed limits, traffic signal activities and toll collection are a very low priorities for most police agencies. ATM provides a remote, always-on-duty capability that generates a “force multiplier” effect, largely eliminating the need for full-time “traffic cops.” Most controversially, perhaps, while ATM technology is a major investment, the ATES aspects of these systems are a major revenue generator for many localities.

The Insurance Institute for Highway Safety, a proponent of both red light and speed cameras, estimated that violations are reduced by as much as forty percent and fatal crashes at signalized intersections are cut by seventeen percent where ATM is deployed. An expansive study of 551 speed cameras in the United Kingdom showed a drop of twenty-seven percent in serious collisions at camera sites.

Critics dispute the accuracy of red light camera studies, quoting other studies that show an actual increase in intersection crashes with ATES. They also point out the bribery and corruption that has followed the deployment of ATES in some locales, with payoffs from representatives of camera vendors made to government officials. Critics assert ATM is an invasion of privacy and a revenue grab by localities. Camera opponents claim improvements in traffic design, automotive safety engineering and traditional means of enforcement are preferable to ATES.

A Balanced Approach to ATM

Much of the debate around ATM is political, not technological. Local voters and their representatives should evaluate the data and decide for themselves whether to deploy an ITS or ATES. Indeed, some have deployed systems only to deactivate them due to public outcry over expense and mismanagement. But what’s the alternative? “No” is not a plan. Budget-stressed localities cannot hire more police officers to monitor traffic flow. They cannot fund the massive rebuilding of roadways to see “if” a new design “might” reduce congestion, violations and accidents. Unfortunately, traffic safety, as a subset of public safety, is unlikely to become a top priority even though highway accident fatalities greatly exceed deaths from intentional, criminal acts.

Our view is that an ATM program, operated to “best practices” standards and untethered from a profit motive, will improve safety, reduce congestion and promote sustainability objectives such as the reduction of automotive pollutants. The development of “smart cars” makes this opportunity even more near-term. Smart vehicles, like their drivers and passengers, can receive and process information from an ATM. But they can also participate in its creation.

An ATM with an ATES program, in our opinion, can be and should be financially self-supporting if operated in a politically sustainable way. Technology marches on and just as we learned to outfly the birds and outswim the fishes we can properly harness ATM to meet sustainability objectives.

However, we also believe if an ATM program – public or private – is operated solely for profit and does not provide the citizenry the benefit of doubt in adjudication of alleged violations, it will ultimately fail. Corruption, opportunism and oppression are not sustainable politically or financially. Such operations deserve to be unmasked and exposed.

A final aspect to consider is the advent of so-called “Connected” and “Driverless” vehicles. These technologies promise to reduce human error and improve safety by not just receiving data from an ITS, but also by processing and recycling that information back into the ATM system. Some vehicle insurance companies are closing this loop further by offering discounts to drivers who allow their driving behavior to be recorded and communicated. Perhaps this data, some day, may be passed on to an ITS or, more ominously perhaps, an ATES.

We will discuss overall developments in the ATM industry; however, our focus here will be practical: What is the optimal timing for activating a camera after the traffic light turns red? How can an ITS message drivers about road conditions without contributing to distracted driving? Where it is allowed, what are the proper adjudication procedures for processing citations outside of court?

Principals of the H2H2H Foundation have performed quality assurance reviews of ATM operations and have access to a wealth of insider know-how that’s ready to be put to work for you. Together, we can make the roads safer and the environment cleaner! Please join H2 now by registering here or becoming a sponsor here.