The Power of Saying “Sorry”, Part 1 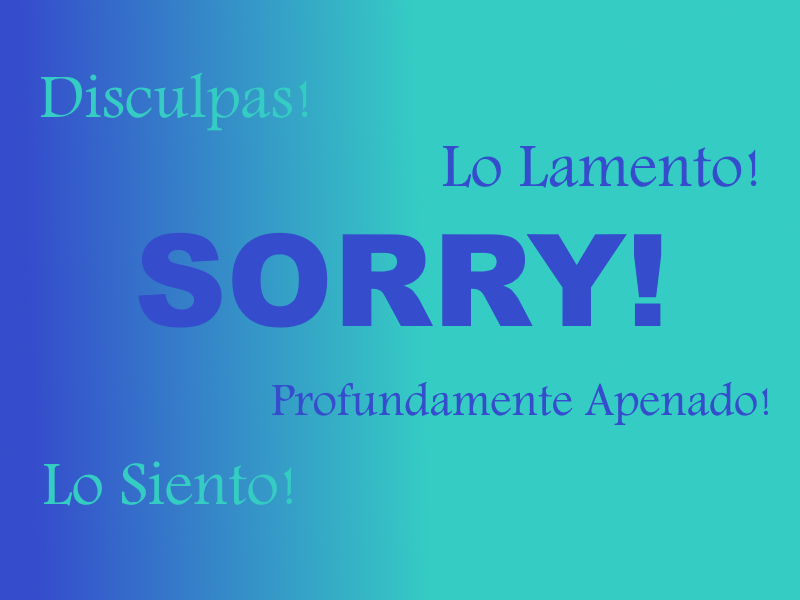 In the English language “I’m sorry” has two unique – and sometimes conflicting – connotations. “I’m sorry” can communicate empathy, shared regret and grief. However, “I’m sorry” can also represent contrition, an acknowledgment of guilt and an apology for doing harm to another.

The conflict between these two meanings generates a conundrum for mobility managers. Sometimes one or the other is needed; sometimes both. Sometimes neither is offered in an effort to play it safe.

No Sorry for You!

“Unfortunately, refusing to say you’re ‘sorry’ is ingrained in mobility managers from their first assignment,” says attorney Ally Fuqua. A commercial parking industry veteran for over twenty years, Fuqua’s practice primarily focuses on the representation of parking companies. His advice, however, rings true for all transportation managers.

“Out of liability fears, when an accident at a location occurs, managers . . . are trained never to admit liability or offer payment to the injured/damaged customer,” Fuqua says. “[They are told] to be helpful, but do not admit liability.”

It’s true, admitting liability and offering to “make it up” to the customer can open the door for larger, future claims.

Yet mobility managers could learn something from the experience of Richard Fuld, the CEO of bankrupt Lehman Brothers. Fuld spent some time on the griddle in front of U.S. Congress in the fall of 2008, testifying as to the cause of his firm’s demise and his personal role in its failure during the financial crisis that year.

As the elected finger-pointers circled over the carcass of Lehman – a one-time Wall Street icon in investment banking – angry pensioners and investors wanted Fuld to accept some accountability for the resultant bankruptcy, the largest in U.S. history.

Fuld, according to the USA Today, took full responsibility for his decisions. He said he just “felt horrible about it” but explained that it really, sorta, kinda wasn’t his fault and the implication was he wasn’t really ‘sorry’ as in “I screwed up.” Fuld followed the path of many others throughout history who’ve basically said, “it was the other guy – I was in charge, sure, but I didn’t know what was going on and am therefore not responsible.”

More recently, John Stumpf, Chairman of the Board for Wells Fargo Bank, was excoriated in the press and before a U.S. Senate panel for encouraging – or at least tolerating – a corporate culture that resulted in the creation of several million fake bank accounts. These accounts were apparently initiated solely by bank employees to meet internal sales goals for “cross-selling” new services to current bank customers.

Showing that new dogs can learn old tricks, Stumpf at first blamed rogue employees for not honoring the bank’s culture. The disconnect in that explanation was that there were over 5,300 employees fired for their apparent involvement in the scheme, according to the Wall Street Journal.

It is difficult to imagine that such an enterprise was not driven from the highest ranks of leadership. But no immediate, “I’m sorry,” was forthcoming.

Experts in crisis management suggest that this is a middle ground between three possible responses to very, very bad news. On one extreme, we see the Deniers, the Richard Nixons, Pete Roses and Martha Stewarts, who though convicted – either in a court of law or the court of public opinion – can never muster up even a meager amount mea culpa for the masses.

On the other extreme we see the Fall-On-Your-Sword crowd, who get out in front of a blooming disaster in an attempt to arrange the bouquet. A good example of this was the weather-related operational collapse of JetBlue in early 2009.

CEO David Neeleman immediately responded with an open letter to the public, which began, “We are sorry and embarrassed. But most of all, we are deeply sorry…”

Neeleman went on to describe, in detail, the company’s – and his – failures in the disaster and what they were going to do to assure the traveling public it would never happen again.

Sorry, Yes, That They Were Caught

Then there are those like Alex Rodriguez, the baseball star who first denied taking steroids, then, when it looked like it would become public knowledge, tried contrition.

Fuld, Rodriguez and their ilk may indeed be sorry . . . most likely, though, just sorry they got caught. The Deniers, through ego, legal advice, a thick skin, and unfailing belief in their infallibility just can’t get the words out.

Yet, as the USA Today article points out, the capacity of the average audience to forgive is greater than its all-too-human leaders believe. And, saying you’re sorry does matter.

Don’t Underestimate the Power of Forgiveness

The article notes that, “Professors from the University of Michigan and Stanford University found that companies that accepted blame for poor performance in annual reports were more likely to outperform the market the following year.”

Such actions not only help “explain” the motivations of leaders to an angry constituency but diffuse the need for vengeance. It may also be a subtle indicator that management is self-reflective, not above its constituency, and can learn from its mistakes.

Attorney Fuqua agrees, adding, “[It’s] not surprising that transportation company CEOs, and the lawyers advising them, rarely offer up an apology. What is surprising is the growing evidence that accepting responsibility and apologizing immediately reduces long-term liability and the significant costs associated with it.”

Of course admitting blame has its costs as well; such comments have spawned many a class action lawsuit. “Companies have found that heartfelt apologies can decrease the likelihood of lawsuits if they’re well crafted and don’t come off as ‘Sorry I got caught’,” concludes USA Today.

Saying you’re sorry is, in this light, choosing the lesser of two evils, and more importantly, a better thing to do.

(Part 2 of this post is coming soon! Want more information? Please check out our forums. If you have comments or suggestions for improvements to our content, please share your experiences with us and other professionals visiting our site. Add your comments below – if Comments are “on” – or by contacting us directly here. This post was adapted from an article previously published in magazine or website format. The author retains all second serial and electronic rights. This work has been updated, edited and is distributed by the H2H2H Foundation with the express permission of the author.)