A Conversation with Larry Cohen on Life – and Death – in Parking 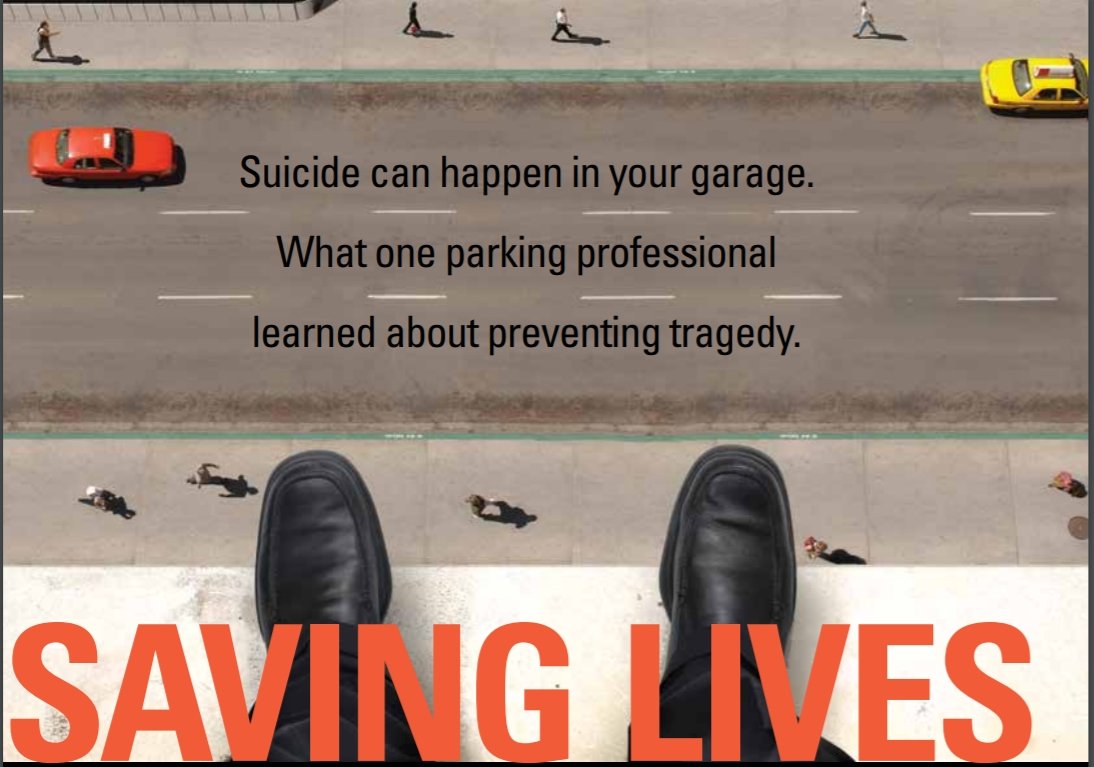 Larry Cohen, CAPP has been a parking industry leader for nearly three decades in a variety of roles and is now the Executive Director of the Lancaster (Pennsylvania) Parking Authority.

Recently, Larry has been in the news as an advocate for suicide prevention he has tabbed as “Saving Lives”, an initiative aimed at educating parking operators on the disturbing trend of suicides carried out in parking structures. He’s a member of the Pennsylvania Parking Association (PPA) and the International Parking Institute (IPI). We chatted with Larry and he shared the following with us: 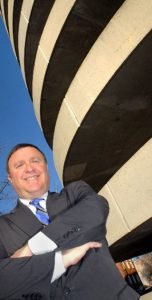 * H2H2H: Larry, you’ve been a private operator and a consultant as well as administering medical, university and now municipal operations. How does managing a city operation vary from some of these other roles?

Larry Cohen: In Pennsylvania (United States), parking authorities function under a law that was written over 50 years ago establishing the legal foundation under which authorities may operate. An authority in Pennsylvania operates separately from a municipality, but is established under the legal auspices of that municipality. The law mandates that the mayor of a city appoints five board members to oversee the strategic direction of each authority. Our parking authority is considered an independent municipal authority and functions like a small business.

Consequently, we are able to make operational decisions and changes relatively quickly, which is great. As compared to other parking entities, which may operate as departments within a university or a city, we don’t need provost, city administrator or city council approvals for most decisions.

One of the complications of this environment is the local press follows all your activities. The public have more input and opinion into your operations as well. So-called “sunshine laws” require public meetings and transparency in operation.

* H2H2H: There are politics in every job of course. In a private commercial firm, its the office politics and promotional competition. In a university setting, you’re dealing with can’t-touch-this, tenured faculty and wild teenagers. In a municipal environment the politics are even more real and of course, you have not only customers, but citizens with concerns. Some of those citizens hate commercial parking – especially that operated by government – with a passion. What are the politics involved in managing a municipal operation? How do you stay ahead of the crowd with the pitchforks and blazing torches?

Larry Cohen: Yes, the input from the public is real. For example, I’ve spent a lot of time developing and building new parking structures to support the organizations I’ve worked for. For the first time in my 30 year career, a planned parking garage on parking authority land zoned appropriately was denied. City Council approval was needed for construction and they buckled to the public outcry because the project encroached on the backyards of several neighbors.

So a lesson learned in the public sector is never underestimate the power of the community and the impact that the new world of social media also plays in rallying against a cause, in this case building a parking garage.

* H2H2H: So even though the authority is legally insulated from a city directly interfering in your operations, politics at the city level can affect you?

Larry Cohen: I am not an elected official, but can be considered a political appointment, thus I keep my politics very neutral in my public and private life with regards to my opinions on social media because you never know who will pick up on your personal viewpoints that might impact your professional life as well. Heading a municipal authority brings a level of scrutiny that does not happen in any other parking sector at this level.

Larry Cohen: In starting my career, it was fantastic to meet people who dealt with issues similar to what I was dealing with. There aren’t many, if any, parking professionals around that you can commiserate with, like doctors, lawyers and teachers. So attending a conference where there’s thousands of peers you can talk with was fantastic and enhanced my early years. Now, after 30 years in the business, I relish the opportunity to use my years of experiences to share and “pay it forward” with peers new to the profession. So these professional organizations and the publications they provide are terrific channels to share my experiences and help other parking professionals along the way.

* H2H2H: The Lancaster Parking Authority recently assumed enforcement duties for on-street parking. Previously, responsibility for enforcement, maintenance and collection was divvied up among various city agencies. What was the opportunity here and why did you take advantage of it? Is it better to have one entity with total responsibility or are there better checks and balances with split responsibilities?

Larry Cohen: Fortunately, over my first four years in Lancaster I had shown and effectively proven the ability to turn around an organization. Thus, the mayor and my board had full confidence in me taking on a new responsibility such as enforcement. 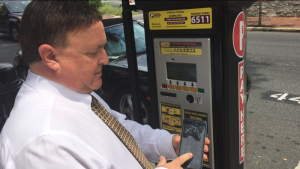 My selling point to the mayor was the fact that there was confusion among the public of “who to go to for what” with regards to paying tickets, paying for parking permits, bringing issues to the city. So the point that resonated with the city was to create a “one stop shop” for everything. We presented our takeover of enforcement as a service enhancement as first priority, not as a revenue generator.

Once I got buy-in from the Mayor and City Council, our goal was to consolidate the effort and create a consistent level of enforcement and promote compliance to the public.

* H2H2H: What have been the results of your assumption of enforcement so far? Any measureables you can toss our way?

Larry Cohen: We have increased overall enforcement revenues by over 40% in our first year. But more importantly, we are providing a consistent level of enforcement because we are focused on the job as our main function. In the past, the police performed enforcement but, of course, they had other responsibilities as higher priorities. We have also been able to further promote our mobile payment app, Parkmobile, which has quadrupled in usage since we took over enforcement.

* H2H2H: More consistent enforcement can set you up to be criticized that you are stalking innocent citizens. Of course, many of those complaining are really unhappy because they were able to get away with violations in the past and now get caught. Your experience?

Larry Cohen: I’m pleased to say that we did not do this by increasing the number of patrols per block. The community cannot say that we are “hiding in the bushes” and ambushing violators, but rather providing effective, periodic enforcement with the goal of compliance, not citation.

So, where the majority of the enforcement citation revenue still goes to the city, all meter revenue continues to go 100% to the parking authority. We’ve also been able to increase our meter revenues as well, which was expected in our projections.

* H2H2H: You’ve become a nationally-recognized leader in the prevention of suicides in parking decks through some first-hand experiences in your facilities in Lancaster. You’ve labeled that effort as “Saving Lives”. Many operators might not have even thought about this. Should they? How common is suicide in parking facilities?

Larry Cohen: Unfortunately, throughout my career I have had to deal with a several suicides because I have worked at universities with hospitals where suicides occasionally occurred. For example, we’ve had patients who had terminal cancer in their prognosis and felt it was better to end their life.

Once it becomes known that ending your life can be done in this way, sadly, others follow their lead. The IPI conducted a survey that revealed that 51% of structured facilities had experienced either a suicide or an attempt to commit suicide. It’s fairly common, yet unknown. And it’s an alarming and growing problem.

* H2H2H: What happened in Lancaster that raised your awareness? What did you do about it?

Larry Cohen: In the past, it was ultimately someone else’s responsibility to do something about the problem. I never before had the sole responsibility to face the problem like I do now at the authority. There had been a rash of suicides from one of my garages in Lancaster and it came to the point where some members of the public were actually blaming me for not doing anything to prevent suicides from occurring.

Larry Cohen: I’m someone who likes to solve problems and thought this was going to be one of the toughest problems I’ve had to deal with, but I tackled the issue head-on and did research. We put a plan in place on ways to mitigate the suicides.

Specifically, we collaborated with mental health experts, the city, and the police. We installed some physical impediments to jumping from our garages. Signage was installed offering a helpline to a local suicide prevention center. We also routinely challenge persons who are wandering our garages without a car or other business there. In addition, our staff underwent special training aimed at engaging persons who show the unique signs of being in suicide distress. This buys time until the police and counselors can arrive on the scene.

* H2H2H: “Saving Lives” seems to have resonated within the parking industry. How did that come about?

Larry Cohen: After going through this process, I put everything down in writing and wrote an article outlining my initiatives, titled “Saving Lives” for the Parking Professional magazine. The article led to a groundbreaking white paper, various presentations and webinar on best practices for suicide prevention, available on the IPI website. [Download the white paper for free from the IPI website, here.] I’ve even been invited to consult with other parking operations who are considering implementing their own plans.

* H2H2H: What advice would you give to aspiring managers who hope one day to run a municipal or university operation, as you have done? 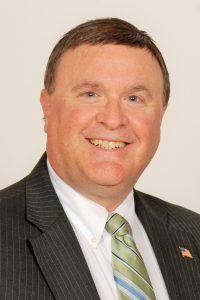 Also being smart helps, but being able to make good decisions, be political savvy, able to work with different types of people at different levels within an organization is priceless. Rely on your peers and mentors to guide your career decisions as you move up the ladder. Feel free to contact me for advice!

Larry Cohen: Really! As I said earlier, you’ve got to pay-it-forward.

* H2H2H: It’s hard to find anyone who aspired to become a parking manager. There are no college majors (yet) that teach parking management and many in the industry simply fall into the profession by chance. So, if you had to do it all over again, would you?

Larry Cohen: People say, “it must be awful to work in the parking business”. The reality is, 10% of any job stinks, but for me the other 90% of this job is fantastic. I love the diversity and experiences I have been blessed to deal with in my career. I love what I do, I hope you feel the same!

You can contact Larry Cohen at lcohen@lancasterparkingauthority.com. Really! You can! The H2H2H Foundation is a nonprofit organization committed to “sharing excellence in mobility management”, which includes promoting best practices in the administration of parking and transportation facilities. We also advocate for transportation consumers and advance alternative mobility options, such as car sharing, bicycling, carpools and many others. You can learn more about our efforts and ways you can advance the cause of “mobility sustainability” at www.h2h2h.org.