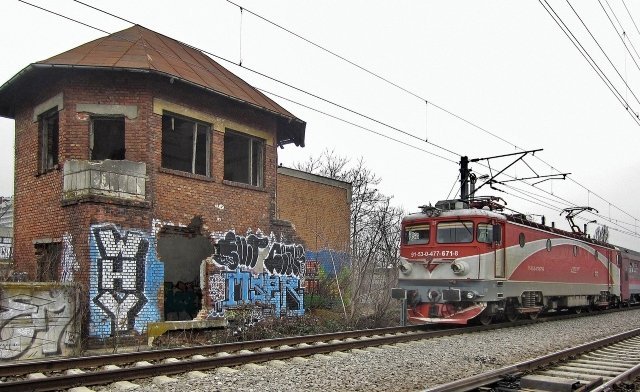 What if you built a transit station no one could use?

There is an “alleged” massive subterranean rail system in Moscow called Metro-2. This subway “supposedly” matches the Moscow Metro in size and capability and links a number of important government buildings. The network even ventures outside of Moscow to an underground city, that doesn’t have a name, near Ramenki.

But when in Moscow, don’t bother looking for Metro-2 signs so you can hop aboard; there aren’t any. You won’t find Metro-2 in Google Maps or your Moscow Lonely Planet guide. We’re guessing Rick Steves has never ridden the Metro-2 and doesn’t know any good hostels in the underground city with no name. If he did, he can’t talk about it.

That’s because Metro-2 – if it, ahem, exists – was designed solely for the use of the Russian political, civil and military leadership. For these elites, time and security are at a premium. There is no need for them to fight the Moscow traffic, bike through the bitter Russian winter or mix with the proletariat on the Moscow Metro, also known as Metro-1.

No, Metro-2 is inaccessible to you and me and that’s by design comprar casodex.

Many bus and rail center transit stations throughout the world are also inaccessible, but it’s unintentional. It’s the result of a lack of design.

People simply cannot conveniently access some transit stations. In their study, “Integrating Bicycling and Public Transport in North America,” John Pucher, Rutgers University and Ralph Buehler of Virginia Tech make an argument for what they call the “Complete Station.”

They borrow their name and concept from the “Complete Streets” concept that recommends making public by-ways fully accessible to all ages and abilities of people utilizing all manner of transportation modes, such as pedestrian, biking, and public transit. Like a beachside bodybuilder who only works his biceps, development of our transportation networks has focused too long and too much on making transport arteries convenient for cars, not people.

The Complete Station should accommodate cars, of course. It’s surprising how few are planned with adequate parking facilities. It’s a familiar song: A new station opens, parking is swamped and the planning triage is . . . more parking. Sometimes this is the answer, especially in less-dense rural areas or end-of-line stations.

However, a better answer is planning and rolling out the Complete Station from the beginning. Thinking about how people will arrive at, and depart from, the station should drive planning decisions. Encouraging less driving and parking should be the goal. Linking to other modes of transport is a key to achieving this objective.

The Complete Station should not only park cars, but must accommodate pedestrians, buses/taxis, car sharing, ride sharing, ride-hailing, slugging, people with mobility challenges, motorcycles . . . and bikes.

Pucher and Buehler (P&B) focus on bicycle programs as a key means to this end. P&B say that in North America since the year 2000, the percentage of buses with bike racks has almost tripled and bike-rail integration has also advanced. However, much more needs to be done.

“Most light rail, metro, and suburban rail systems permit bikes on their rail vehicles except during peak hours,” say Pucher and Buehler, “and they increasingly provide special accommodations for cyclists such as bike hooks, racks, and rails in special areas of rail cars. Complementing provisions for bikes on transit vehicles, bike parking at transit stops has been vastly expanded over the past 10 years, with large increases in the number of racks as well as improvements in the convenience, security, and shelter of bike parking.”

The authors suggest following the European model to accomplish this goal. They note, “. . . the European approach to bike-and-ride has favored the provision of ample, sheltered, secure bike parking at transit stops instead of accommodating bikes on transit vehicles.

“Similarly, in North American cities with overcrowding of rail vehicles during rush hours, the focus should probably be on providing improved bike parking at rail stations. Not only is more parking needed, but it should be of higher quality, with more sheltered and secure spaces. Major transit terminals should include multi-service bike stations, such as those in northern Europe.”

This approach can work in Latin America and in other rapidly developing markets. Inevitably, however, there are conflicts that must be managed, Pucher and Buehler say.

“Surveys in some cities indicate that cyclists prefer to take their bikes with them on rail vehicles so they can use them at both ends of the trip. That can cause problems during peak hours, however, when all available capacity is needed to accommodate passengers and there is no extra room for bikes. Taking bikes on buses is much less of a problem since bike racks are external and do not reduce passenger-carrying capacity. But even bike racks can be filled to capacity during the peak, forcing cyclists to wait for later buses.”

One answer to this dilemma is a bike sharing program that dovetails with transit destinations. The cyclist leaves their bike at one end of transit and uses a shared bike at the other. Not ideal for all, but a practical solution for many. What specific steps public transit can take to better accommodate bicycle usage will be dealt with in future posts here at H2H2H.org.

The authors conclude, “Similar to the concept of ‘complete streets,’ an appropriate goal of transit systems in North America should be to provide “complete stations,” which fully accommodate the needs of cyclists. That includes making rail platforms more accessible to cyclists, which would also improve accessibility for persons with disabilities.

Let’s build Complete Stations everyone can use.