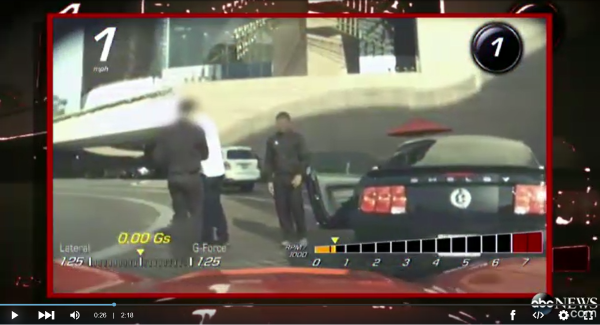 Workers Use Social Media to Brag About Bad Behavior

But once valet workers are hired and trained, some become susceptible to what we call “Island Syndrome”. This ailment is common amongst mobility management professionals who work in isolated locations, day-after-day, cut-off from interaction with other professionals. It’s easy – and dangerous – to catch the Syndrome if upper management is not vigilant.

Island Syndrome is a type of tunnel vision. Affected mobility management professionals slowly come to believe all that matters is what goes on inside the four walls of their facility. They may mistakenly conceive of their facility – parking garage, toll plaza, car ferry, valet operation, etc. – as a destination.

In reality, all mobility “nodes” are merely waypoints for travelers trying to get somewhere to get something done. Valet service helps travelers do so, conveniently and faster.

But unsupervised, cooped up on the Island with their co-workers and surrounded by glittering new cars, a valet worker’s complacency can breed like mosquitos in a rain-filled gutter. A few – but thankfully, not many – valets soon conclude that the operation and everything in it, including the cars – exist solely for their amusement.

Here is the warning to managers of valet services: When valets become too comfortable, too complacent, discipline can dissolve into disorder, a la Lord of the Flies. In the famous novel by William Goldman, young boys from an elite private school are marooned on an island and tragically devolve into savages.

“When you combine all that with the genetic wiring of young brains, which makes them prone to taking chances and pursuing pleasure and adventure,” says Ed Ryder, a former valet worker and author of RealValetControl.com, “you get theft, reckless driving, and the ‘I don’t care’ attitude”.

“There is an old CBS report from 2002 about valet theft,” Ryder points out. “They found that one in four Los Angeles valet workers will ‘clean-out’ a car. They rigged up a car with hidden cameras and took it to some of the fanciest places in Los Angeles. At the House Of Blues, [thieves] took the bait car there eleven times and had six different valets steal from it.”

Then there’s the joyriding. Like here and here, just to pick a very few easily available on the Internet. If one little thing goes wrong, the valet company owner’s head will spin like the tires of a Maserati going from zero to sixty as insurance rates and business reputation head in opposite directions.

All Broadcast Over Social Media

Of course, there have always been a few valet thieves and joyriders giving a hardworking industry a bad name. But there is something different about this newer generation of Valets-Gone-Wild. Like the lost boys stranded on the island in Lord of the Flies, they use a modern version of the smoke signal to draw attention to their brazen acts: It’s called social media.

Maybe you’d like to follow the adventures of the “Stoner Valet”? He’s a Twitter star. Ryder wrote about him (Twitter handle appropriately, “Jus_High”) in 2015. Amazingly, this guy is STILL “dabbing” . . . and still parking cars. An educated guess from his not-too-discrete Twitter account places him in Charlotte, NC. Wonder who he works for?

Ryder is down on valet services in general and his website is consumer-focused. He finds all the social media valet horror stories a bit depressing and repetitive. “I used to monitor Twitter,” he says. “I would just type in ‘valet’ in Twitter’s search box and see what popped-up. But Twitter has gotten really noisy. It can take a whole lot of time to find scandalous posts.”

But they are still there, not hiding in plain sight. “Valet parking companies should have a social media policy that forbids their workers from posting anything about work, in my opinion,” Ryder suggests. “Because there will be workers who brag about getting high on the job. They will brag about how they drove a certain car (too fast). They might even brag about stealing all the change left in every cup-holder. Or they might snap some video of themselves revving a loud engine while laughing. Those sorts of things can damage a valet company’s reputation, and piss-off a client.”

Listen for Warnings, Watch for Signs

Ryder says his own upper management wouldn’t listen . . . or worry about these outliers. “I would warn my own boss how it may only be a matter of time before one of the local TV stations does a sting, where hidden cameras capture our guys driving too fast in the garage. He agreed that would be a bad thing. But then he never took steps to correct those conditions. He placed too much trust in his team. Big mistake. And it was the same thing with every other account manager that I warned.”

Ryder’s boss rarely visited the Island. “It seems to me that too many managers don’t take their job seriously enough,” he says. “Or they just don’t care that much.”

It’s not only what the valets are saying, listen to the customers on social media. Just type into Twitter the words, ‘valet stole my’. It will yield plenty of results. Some of these tweets have company names attached to them – we won’t mention them here.

We here at H2 believe many valet managers do care, even if some don’t. We think many valet operators are looking for ways to disassociate from the shady, careless ones out there and improve the image of an oft-maligned industry. Some ideas to consider:

* In your pre-hire routine, ask for the social media contacts of applicants or research them as part of the background search (pending legal advice, of course). Failure to provide this info could come in handy if discipline is needed later (e.g., a valet brags about getting high at work, you may not be able to prove he was intoxicated but if he’s not revealed he failed to reveal the social media handle, then maybe you can discipline on the basis of falsifying the job application).

* Consider a First Amendment-sensitive policy on social media posting. Good examples: Best Buy and a model, government-sanctioned one from the Society for Human Resource Management.

* If you manage valet workers who are marooned on an Island, check on them frequently to make sure they haven’t become Lords of the Flies. Make sure they are aware you might be dropping by at odd times . . . and do so. Look for Broken Windows; that is, small signs that there might be breakdowns in discipline. (We’ll talk about some of those in a future post.) la mia risposta

* Assign someone to monitor social media with keywords relevant to your entity name, operations, specific locations. Some WebDev guru can probably conjure up an interface that will seek out those search results and sort them by relevance.

Checking in frequently on remotely-located crews may prevent Valets-Gone-Wild.