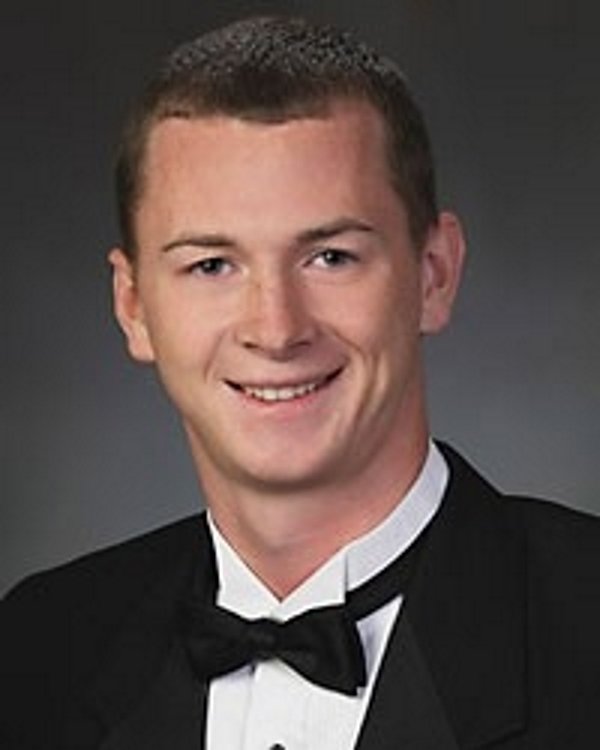 DATELINE: MAY 10, 2007, BLACKSBURG, VIRGINIA (US) – Jarrett Lee Lane, 22, of Narrows, Virginia was a victim of the recent shootings at Virginia Tech. A Civil Engineering major, Jarrett was preparing to graduate this May.

He was on track to complete a four-year course of study in three years, but found time for recreational sports, church, and friends. He worked at the Virginia Tech Office of Transportation’s Site & Infrastructure Development, where he interned 15-20 hours a week. In addition, Jarrett worked his entire college career as a parking lot monitor for football and basketball games for Parking Services.

“He never missed a game”, said his supervisor, Parking Services Manager Richard McCoy [McCoy retired in 2016]. “He worked every game for three years.” McCoy and Jarrett’s supervisor at Site and Infrastructure Development, David Dent, a longtime family friend, were invited by the family to speak at Jarrett’s memorial.

Jarrett had just earned a full post graduate scholarship and been awarded a graduate assistant’s slot at the University of Florida’s Coastal School of Engineering. His academic excellence was of no surprise to those who knew him; Jarrett was the 2003 valedictorian at Narrows High School.

“He was simply an outstanding young man,” recalled Steve Mouras, the director of the Office of Transportation and Records Management, which includes Parking Services as well as the Site and Infrastructure Development division. “We don’t have them making copies for us there. They are sitting at a computer; they’re working up CAD drawings for various projects we have going. His interest was in the hydrology side of the house.”

Indeed, on the morning of April 16, 2007, Jarrett hurried to his advanced hydrology class to turn in his last major paper of the semester. Jarrett was the only undergraduate in the class. That classroom was the first entered by the gunman. “He never had a chance,” Mouras recalls wistfully.

Raised by his mother and grandmother, Jarrett is remembered as a hard working, but fun-loving student, full of life, and a person of deep spiritual faith, who counted Christian “alternative” as his favorite genre of music.

Parking Services’ McCoy remembers him simply, “He was the best of the best.”